I was once asked for writing advice contextualized as, “If you could offer only one piece of advice…” Without hesitation, I responded, “Get a solid command of the English language. Master it!” Too many worthy concepts never make it to a wide readership, because one of the greatest barriers to that readership is the poor conveyance of magnificent ideas.

Writing well demands not only that we have ideas worthy of communication, but also that we present those ideas well. We arrange them and package them in such a way that they deliver the greatest punch in the smallest amount of space. To accomplish this, each writer must know and employ appropriate rules of grammar and writing mechanics.

Know the Nine Parts of Speech

Every word you write or type can be categorized as a “part of speech” in the English language. Learn those parts of speech and understand how to use them properly.

Each of these parts of speech plays a specific role in the structure of your sentences, and properly employed, they advance the clarity of your communication.

Use Proper Spelling, Punctuation, and Capitalization

The world of social media has done much damage to this advisory item. The serious writer must war against the urge to release a flurry of ideas in machine-gun fashion where speed of presentation outweighs the need for excellence in content and grammatical accuracy. Even in a forum where one is limited to 280 characters, adhere to the rules of spelling, punctuation, and capitalization. If your message is then too long, break it into multiple messages and send it that way.

The importance of accurate spelling is obvious while punctuation and capitalization may be less-so. Consider the following sentence.

Or, for proper punctuation, try these:

This says we are going to eat our grandfather.

This invites our grandfather to join us in a meal.

It is critical for reader understanding that the writer force agreement between the subject and the predicate. This requires an understanding of the definitions of subject and predicate, and that is beyond the scope of this blog post. But we can illustrate the error with a few simple sentences.

The concept is easy to understand with the examples above but it becomes much more difficult to maintain subject-predicate agreement as your sentences grow and long phrases stand between your subject and predicate. 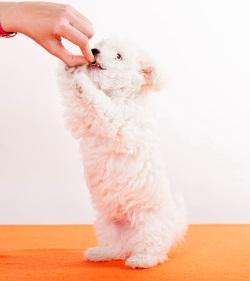 Those are easy to spot, right? But consider some real-world examples from news and advertising.

A mattress company is having a sale. Their television ad announcer emphasizes,

“We’re only offering these fantastic prices for two weeks, so hurry!”

Try this one from author David Baldacci’s 2009 thriller, The Innocent.

“An hour later a chubby man in a wrinkled suit with pasty skin walked in.”

Where do we go to buy a wrinkled suit with pasty skin? For that matter, where do we find a suit with any kind of skin?

Here is a line from an article in The Daily Telegraph.

“Historians have been kept guessing over claims [that] Dr. James Barry, Inspector General of Military Hospitals, was in fact a woman for more than 140 years.”

On the hundred-forty-first year, Dr. Barry became a man.

Use Homonyms, Homographs, and Homophones With Care

Homonyms, homographs, and homophones can be fun to play with, but they often result in sentences that are difficult for your reader to decipher. For reference:

“It was difficult to bear the bear while bare.” “It seemed meet to meet at the meat market after the meet.” “We placed the bank on the bank so we could bank whenever we needed to.”

For some, these advisories are simple reminders. For others, they constitute difficult challenges. Do not be discouraged or intimidated by this content. You are called to be a writer and not just any writer. You are writing for the king of the universe. Therefore, devote yourself to being an excellent writer. If God called you to it, he can equip you for it.

About Damon J. Gray 4 Articles
Damon J. Gray is a writer, speaker, former pastor, and Director of Communications for Inspire Christian Writers. Damon pursues his passion for teaching, making disciples, and advancing the kingdom of Jesus Christ, by calling on men and women to embrace Long-View Living in a Short-View World. www.damonjgray.org/
Website Facebook Twitter LinkedIn

One of the most important decisions you need to make as a writer, especially when writing fiction or creative nonfiction, is deciding which point of […]

Grammar teachers hate them. Writers use them to good advantage. What? Pieces of sentences that lack something—a subject or verb—to make them complete. Fragments help […]

September 5, 2019 Ian Feavearyear Craft of Writing Comments Off on Writing 101: Active and Passive Voices . . . and the Verb “To Be”

Writers are usually encouraged to use the active voice and to avoid the passive voice, so it is important to be able to know and […]