One day last spring, I was exiting the grocery store and stopped to look at the flyers posted on the community bulletin board. There was one especially that caught my eye—and shattered my heart in the span of two minutes, right there next to the line of stacked-up carts.

It was a humble sheet of plain white paper, inscribed in very shaky red Sharpie ink:

Then the price, and “O.B.O” added as an afterthought in black ballpoint pen. Two hand-drawn, unsteady asterisks adorned the page with care, filling white space—and a coffee stain near the bottom where the phone number was listed.

The words pooled in front of me as my eyes filled with tears and I thought of the soul who must have written this. The tell-tale signs of what these clues pointed to: a story of loss, a life shared, a life departed. A no-longer-need for this hospital bed. Someone left, bravely taking steps forward, penning that flyer, posting it here. Or, perhaps the other trajectory this story could point to: a healing, a glad abandoning of the need for that bed. Joy.

Filling my lungs, I pushed my cart out into the spring sunshine and carried that story with me, changed. Six words, and a broken heart for a someone I’ve never met, and a story I don’t fully know.

You see, short-form writing is as much about the reader’s understanding, the spaces between the words, as it is about what’s written upon the page. It’s a dance of understanding, a partnership with your reader’s heart, asking them to fill in the very purposeful blanks. Whether you’re writing short stories, novelettes, novellas, or flash fiction, you get to step into this intricate weaving of spoken and unspoken.

Perhaps this is one reason that shorter-form stories, whether fiction or non, can be so powerful. It asks a deep level of inference, imagination and investment from your reader. You are inviting them on a journey, weaving in clues for them to read into, and each of those clues is a stitch between their hearts and the story itself.

And those three magical I’s—inference, imagination, and investment – they spring from the use of one powerful tool in your writerly tool belt.

Every object in the story is saying more than it’s actually saying.

The setting, the details, the dialogue—even the space in between.

In a way, this is a relief; it means you are not the only storyteller in the story. You have a hundred helpers, all aching to speak between the lines. Think of stepping into a person’s house for the first time: you learn more about them by looking around at their belongings, the open books and magazines, the photos on the wall, than by the things they say to you in the first five minutes. Those books, magazines, photos and objects are saying something. Take a cue from them, and pick one or two items to play the role of storyteller in your tale. 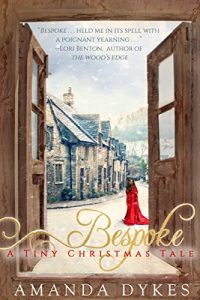 In O. Henry’s The Gift of the Magi, the watch fob and hair combs add irony, sacrifice, selflessness, love, and humor to a story that is timeless and relatable, no matter how many decades have passed since its publication. The watch chain and combs, otherwise-ordinary objects, have now become unforgettable icons in literature.

In Bespoke: a Tiny Christmas Tale, a pair of pebbles in a blacksmith’s forge serve to add understanding of the hero and heroine’s relationship. The things they shared, the time spent together, the promises they made, the future they hoped for which never came to be—all bundled up in these two bits of dust from the earth.

In Hans Christian Andersen’s The Little Match Girl, what role do the matches play? How would the story have been different if there had been no matches, or a thousand matches? That little bundle of sticks of wood made for one of the most unforgettable tales of all time.

Next time you turn on the radio or television, listen to those songs and analyze those episodes. How have the writers packed a fully-formed story into a 3-minute or 40-minute time span? What clues did they lie down for your imagination to infer from, and how did that invite you to a level of investment in the story? What objects and inferences did they use to pack a full emotional punch, and how would the experience have been different without them?

About Amanda Dykes 1 Article
Amanda Dykes is a tea-drinker, Truth-dweller, and spinner of hope-filled tales. Her critically acclaimed novelette, Bespoke: a Tiny Christmas Tale, invites readers on a redemptive, cozy journey on an English Channel island. A Song in the Night, her Scottish novella, appears in the Message in a Bottle Romance Collection.
Website Facebook Twitter

Building a Fiction World through Your Blog

Novelists strive to draw readers into their characters’ worlds, tirelessly crafting scenes to develop realistic settings within the limits of one novel or a series […]

Fiction writers understand the challenges of creating a well-developed setting for novels. Carefully crafted details can draw readers into a familiar world in which relatable […]

Editing Your Novel for the “Big Picture”

September 7, 2017 Linda S. Clare Craft of Writing Comments Off on Editing Your Novel for the “Big Picture”

New writers often focus their first novel revisions on individual words or sentences. Some spend hours, hunting for the right word or trying to improve […]